I’ve noted a common trait with those stuck in the 3rd dimension. I’ve called it an ‘ego surge.’ It’s where those who are aroused by being ‘momentarily’ viewed as ‘the best’ are so intensely driven by their moment of fame they become conceited and in turn attack those who they are most driven by – yet cannot impersonate. A feeling of ‘revenge’ ‘whilst I wear a self funded crown for a short time’ effect.’

So instead of using their bursts of highs to ‘sincerely’ spread good news and kindness from a humble and non-biased standing –  they ‘instead’ turn it to a (well disguised) battle of power that is transparent to those awake. Where those trapped in the 3rd dimension ‘often’ attack others who simply do not want to be in the same perpetual circuit of surplus agenda that ‘often’ derives from an over zealous marketing budget – as though to appear ahead of others perhaps in their craft that are more deserving. A inflated ego making them believe ‘everything’ revolves around their activity – with no understanding of every day life in the bigger frame of society. Often an addiction to alternatives such as social media or paid campaigns of no substance that work behind primarily closed doors. Thus, removing a need to be in touch with reality. A sense of denial. The 3rd dimension.

The ‘ego surge’ driven are unable to break the peak and trough cycle as it’s their entire sense of existence and validation. Therefore in-between the peak and trough effect ‘ego surge’ they become restless and resentful – struggling to find pleasure in the present moment. Often an addiction to media, unable to live without mainstream accreditation.

These folk are best spotted by secrecy and agenda and rarely (most cases never) are prepared to discuss face to face their insecurities or origin of their resentment – in turn being guilty of bullying and targeted victimisation. Thus, the 3rd dimensional folk frustration manifests in using peaks to attack their own sense of inner turmoil and failure in the simple things such as a happy home life, harmonious relationships and community participation. Where, the impression of the 3rd dimensional folk would create a very different ‘story’ to what is really going on in their world. This is often why they thrive on the openess of others to simulate what they ‘realise’ is lacking in their own stories. It’s perpetual. Best avoided. Anyway! I have a wall to decoupage and I’m hungry.

Namaste. Less is More. Love is the Answer.

2 thoughts on “‘Ego Surge Syndrome’ – the perpetual cycle of peaks and troughs by Tiffany Belle Harper.” 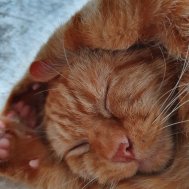